The new team is a team of “old” and “new” faces. As your president, I am looking forward to working with you in the next 2 years. I would like to express my sincere gratitude to those of the board who decided because of work and private matters not to be elected again. Yes, a lot of work, effort and time is needed when being involved in the club and working for its goals. Time one does not necessarily have as an employee or/and mother. I want to say Thank You from the bottom of my heart to Heinke Balzulat, Marlein Auge and Gisela Kau. They all worked very hard for the club and helped to bring to the point it is today with their constructive and professional manners. A big Thank You to Rachel Grissop, whose contributions have been a profound asset to the club and who has become a friend of mine within the 2 years as well. Thank you. 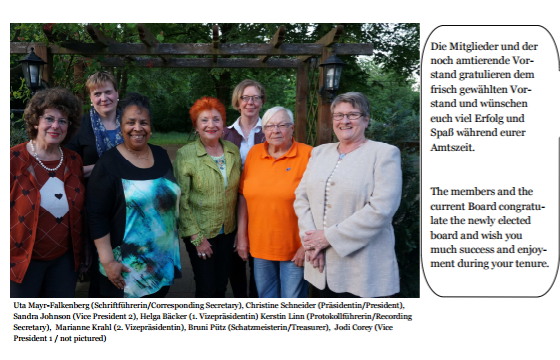 On May 16, 2013, the membership elected a new board. The structure of the GAIWC is to have a German and American partner in each board position. Idea and Purpose The German American and International Women’s Club Kaiserslautern (GAIWC) aims at promoting the understanding between people and tolerance in the field of culture. Originally, it was conceived to be an institution where American and German women could meet. Today, women of all nationalities are welcome. Foundation In 1956, the German American and International Women’s Club Kaiserslautern (GAIWC) was founded by Mrs. Annemarie Schaefer and Mrs. Heidi Lind. Today, German-American clubs are spread throughoutGermany. Most of them are affiliated to a parent organization, the Federation of German-American Clubs inGermany. The GAIWC is managed by a Board of Directors, consisting of President, Vice President, Corresponding Secretary, Recording Secretary and Treasurer who all function on a voluntary basis. Activities The German-American and International Club Kaiserslautern (GAIWC) supports local charity projects. The money needed for this purpose is raised during the well known Pfennig Bazaar and other charity events. The club participates in German-American Friendship Weeks and international youth seminars. It promotes and financially supports German-American youth and students exchange programs. For club members and guests, monthly meetings with a specific motto are held where activities and events are planned and discussed. Up todate, numerous interest groups were installed which are ready to welcome new members. 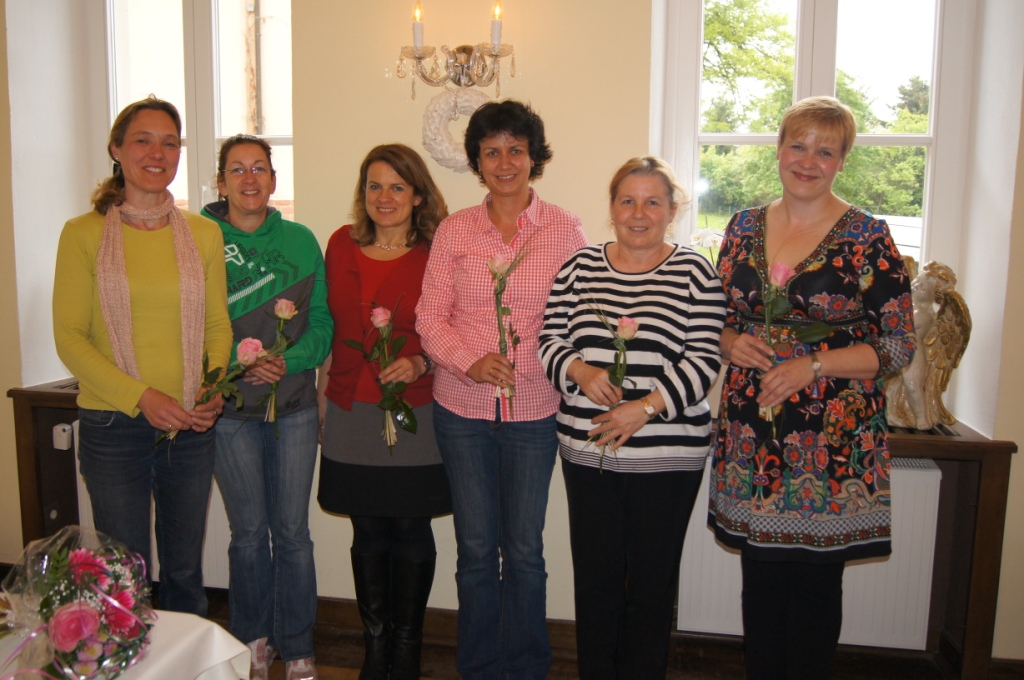 As a member you must uphold the objectives of the club and work with all kinds of people, Please contact Heinke Balzulat at 0631 3633399 . You can also fill out an application form now.